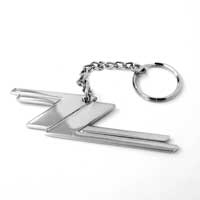 I wasn’t really sure what to expect, the band looked grizzled when I was but a slip of a lad so I figured they must all be well into pipe-and-slippers territory by now and I sort of expected a bit of a lame cash-in type thing. Instead we were treated to a couple of hours of excellent blues-rock, tight musicianship and some amusing, if rambling, asides. They played stuff of all vintages including my all time favorite Blue Jean Blues and a great cover of Foxy Lady. If you get the chance, go see them - they’ve still got it.

The venue was good too, its basically a big tent along the same lines as the millennium dome located on the south side of Boston harbour. The sides are open and there’s a bar overlooking the harbour and the Boston skyline. Easy to get to off the Massachusetts Turnpike and plenty of parking in the vicinity. I wouldn’t attend anything there between late October and April though - I reckon it would be too cold.